Popular torrent sites that have been a favourite among users have been taken down by authorities over the past years. KickAss Torrents, ExtraTorrent, TorrentProject — they served us well and they are now gone for good. While authorities are taking down sites that don’t comply with the law, there are also countries that block torrenting for good measure. Thus making the search for the best torrent site for music and the best torrent sites for ebooks much more difficult.

I always remind our readers to never be complacent with their security especially when it comes to torrenting. I’m not promoting illegal downloading of file sharing or any other activity that breaks the law. However, I am against censorship and the fact that torrenting sites can be a site for sharing useful information. Plus, not all content from torrenting sites and torrent search engines goes against the copyright law.

To read more about protecting your privacy while torrenting, be sure to check out these helpful links: 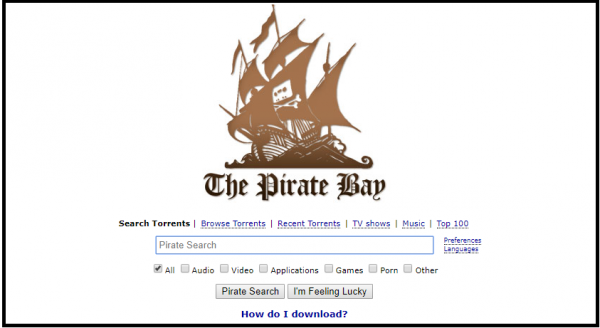 The Pirate Bay is our top pick as the best torrent websites for this year. It’s dubbed as the ‘king of torrents’, and judging its long history of evading blocks and shutdowns, I’d say it definitely earned its name. No wonder it’s a favourite among users since it has millions of downloadable torrents such as movies, music, apps, and games. Don’t let its humongous library overwhelm you, because TPB is user-friendly and extremely easy to use.

One disadvantage that this site has is that it goes offline from time to time. This can go on for a few days before it goes back online again. Other than that, it’s a great torrent website that deserves to be on the top of our list.

When the original Torrentz site voluntarily shut down in 2016, Torrentz2 was launched as its stand-in. It’s now a popular torrent search engine with one of the biggest databases for games, music, films, etc. What’s great about Torrentz2 is that it’s not banned in any country and is fully accessible wherever you are in the world. Still, I recommend using a VPN that allows torrenting to safeguard your privacy.

Torrentz2 only used to list torrent hashes and doesn’t link to any external torrent websites. Browser add-ons and plugins can make it functional but it doesn’t support instant downloads. Nonetheless, its large (over 60 million files!) selection of torrents qualifies it as one of the best torrent websites.

Stay Safe, Get a VPN 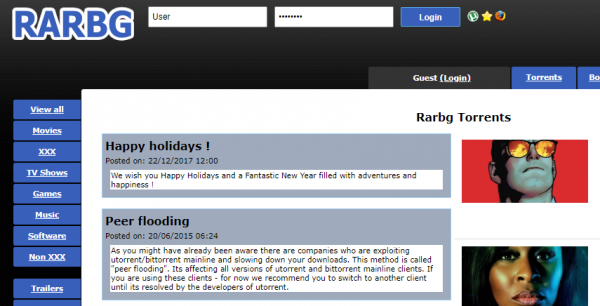 One of the oldest torrent websites and the highest Alexa rank in this top 10, RARBG started out as a Bulgarian tracker in its early years. It has remained a user favourite, with an active community and lots of seeding. It’s also very easy to use and constantly adds new torrents every now and then. Since its launch in 2008, RARBG is also one of the best torrent websites because of its high-quality videos and wide array of file categories.

If you’re an otaku or a bookworm, you’ll find Torlock as a treasure trove of anime and ebooks. Its high-quality anime collections and a wide array of reading materials make it a cult favourite among plenty of users. Additionally, it boasts a huge selection of music torrents that are pretty difficult to find in other trackers. You might even find hidden gems that you’ve been looking for from other torrenting sites.

Unlike the sites that I have listed above, Torlock doesn’t have an active community yet since it’s still relatively new. But overall, I believe it’s a good torrenting website if you’re looking for anime or ebooks. 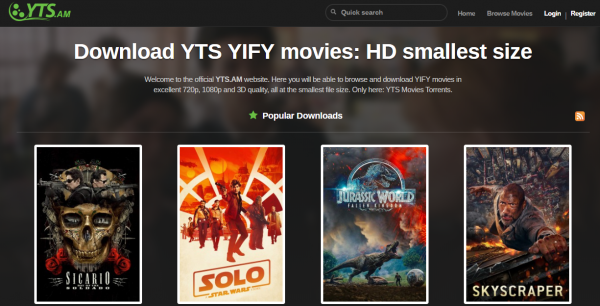 If you’re looking for the latest movies in the highest quality, then YTS.am will blow your mind. It’s the best torrent website for movie buffs as it’s constantly releasing new and HD movie torrents. Despite its high resolution, the torrents are actually small in file size so it won’t be heavy on your bandwidth. The modern and beautiful interface is also a plus.

YTS.am was formerly known as YTS.ag and YIFY. Changing its domain name didn’t affect its movie library, though, as it’s still massive It’s one of the best torrent sites for movies and videos.

Although it’s a new torrent website and still young in its years, iDope should not be taken lightly. Its audience has steadily increased and is still gaining popularity. It’s a torrent search engine that provides direct magnet links to over 18 million torrents.

The crisp and clean user interface plus the responsive mobile design makes it great for torrenting on smartphones. It also has fewer ads than most torrenting sites. Lastly, it claims that the search engine doesn’t track its users but it’s better to use a VPN when torrenting. 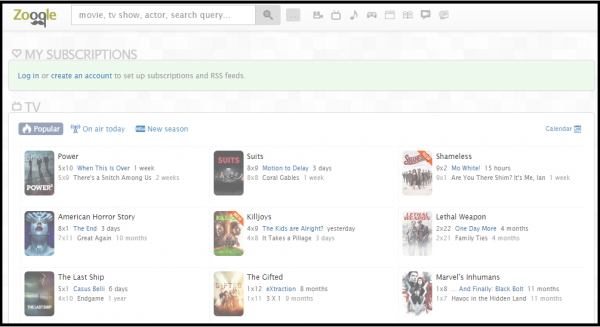 Another newcomer to the torrenting community, Zooqle hits the perfect balance of entertainment and software torrents. Despite being very new, it already has a growing fanbase. Its movie and TV show library is a hit among its users. The interface is simple and easy to use for beginners.

Since it’s still new, Zooqle still experiences a few minor hiccups every now and then. The website could use some improvements, but overall, it’s a good torrenting website to use.

1337x is a torrenting veteran and isn’t new to the torrenting community. It was launched in 2007 and is still up and running until now, providing torrents for 11 years. 1337x is a very reliable website with fresh torrents added regularly by its loyal group of uploaders. It has also gained more traffic over the years.

If you’re looking for other torrenting alternatives, 1337x is a good choice because it provides a directory of torrent files and magnet links. Its organized interface will help you look for almost anything very easily.

EZTV, a TV-torrent distribution group, was shut down on 2015 after its new owners claimed the ownership, with all the indexed pages removed. But the torrent indexer is still operating today under the new owners, with new releases added daily. You can find almost any TV show here, no matter what genre or channel. The user interface is not up-to-date but it has plenty of great TV-related content so it’s an advantage.

Last on this list of the best torrent sites is Limetorrents, one of the oldest torrenting sites. It has a fuss-free and organized user interface with plenty of categories to help you streamline your search. You can also enjoy new releases, plenty of seeders, and fast speeds with this tracker. It’s a good option when your go-to torrenting websites are down.

Hopefully, our list has helped you in the search of the best torrent site for music and best torrent sites for ebooks. Just remember to stay safe when you’re out torrenting and looking for things with torrent search engines. 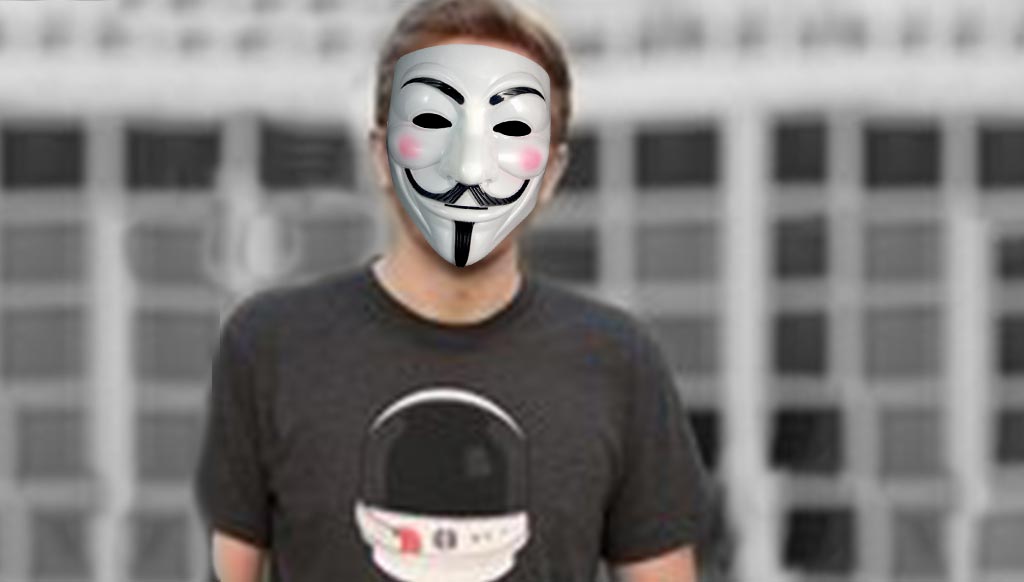